For decades Burma lived under severe censorship laws which hindered the art world to a great extent. Many artists dabbled only in non-controversial traditional art that had Buddhist themes or Burmese landscapes. However, in 2012 censorship was abolished and there was a sort of art revival in the country. Among the new crop of artists Min Zaw created quite a few ripples with his refreshing new works that had a kind of mystery to them. His earlier series depicted traditional Burmese women who were typically non-expressive but intrigued the viewer nonetheless. 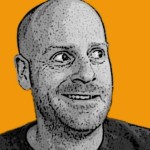 Myanmar: The Deal of the Art